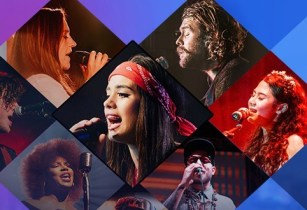 Bigo Live, a live streaming platform, has announced the ‘Global BIGOer One World Together’ fundraising campaign in support of healthcare workers and vulnerable communities affected by COVID-19

The ‘Global BIGOer One World Together’ campaign brings together a cast of talented singers and musicians from around the world who will broadcast on Bigo Live app, with proceeds going to the World Health Organisation (WHO)’s Solidarity Response Fund.

Mike Ong, vice-president of BIGO Technology, said, “The ‘Global BIGOer One World Together’ fundraiser aims to rally and unite the community as one through the power of music.

“As a global platform that connects and brings people together, the campaign is aimed at fostering solidarity on a global scale for a very important cause. In collaboration with Bigo Live broadcasters, we hope to bring the community together to lend our support to frontline healthcare professionals and communities most in need during the COVID-19 pandemic.”

A music video showcasing solidarity was put together by more than 100 broadcasters from over 20 countries performing a cover of the Michael Jackson hit “We Are The World”. It will be released on 12 May 2020 across all Bigo Live social media channels.

Viewers will be able to engage and chat with the broadcasters as well as the community using the various features on the app. Viewers are encouraged to donate generously towards the fundraising efforts via the Bigo Live app.