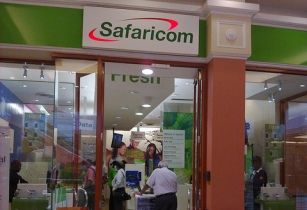 The move is in preparation to make the most of its parent company Vodafone partnering with Netflix, a popular streaming video-on-demand service. The offering could be rolled out in Kenya to offer movies and television content.

“We have applied for a number of broadcasting licenses to support our wider strategy to launch a comprehensive television service for our subscribers. However, we are still in the initial stages of discussions with content providers and will be able to respond more comprehensively on what content subscribers can enjoy once we have all the required licenses,” said Stephen Chege, director of corporate affairs at Safaricom.

“The license applications are not entirely a surprise. Safaricom already has a set-top box device to deliver triple-play (telephone, TV and Internet) services,” said SIB in a statement.

According to SIB, the lack of unique content on the set-top boxes and their high cost has led to a slow uptake for the devices.

“We do not see this as likely to be a big profit generator in the near term, but is clearly positive for the telecom company, which positions itself in an important growing broadcast segment (and especially critical for Internet data traffic growth),” it added.

Safaricom’s entry into television is an attempt by the company to diversify earnings, away from the traditional revenue streams of voice and data.