Until recently, Africa was held back from becoming a more important player on the world business stage by a number of factors including a lack of affordable and reliable, high-speed connectivity – both domestically and internationally - and little or no diversity in available telecommunications networks.

However, communications to, from and within Africa have recently experienced huge improvements and things promise to get even better. New, high-capacity submarine cables such as EASSy, which went live in mid-2010, have dramatically improved the continent’s international connectivity and have also provided reliable, lower cost diversity options. Their arrival has also been the catalyst for significant and ongoing investment in terrestrial fibre-optic networks which are now extending high-speed reach inland.

Largely unencumbered by legacy systems, it is clear to see why the telecoms sector in Africa is experiencing prodigious growth. Deregulation and the resulting competitive environments are driving innovation, with new technologies and mobile applications quickly rolled out and adopted, leading to dramatic increases in mobile uptake and usage by domestic and business customers.
All this makes Africa a place of increasing opportunity for ISPs, carriers and major corporates interested in doing business. 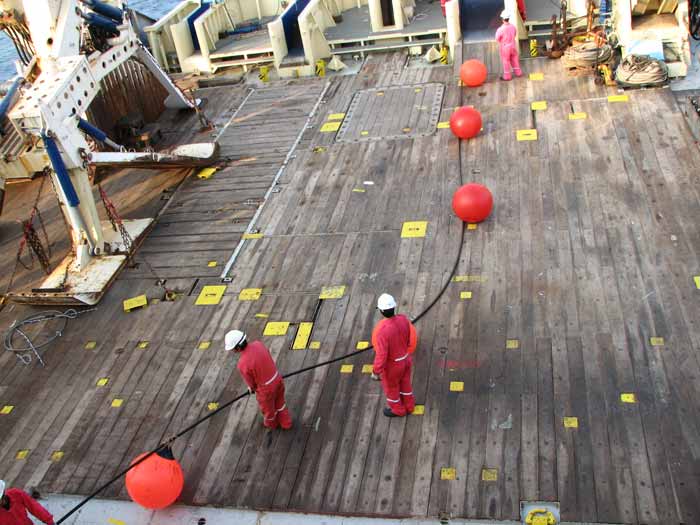 Three-year step change in African connectivity
International cables
We are in the middle of a three-year phase of fibre-optic submarine cable deployment around Africa, by the end of which the continent will be on a par with the rest of the world in terms of high-speed international connectivity.
International bandwidth costs have fallen considerably - by more than 50 per cent in the past 16 months - as a result of the increased connectivity options and diversity of cables now available to carriers.
The most recent and highest-capacity submarine cable to go live in sub-Saharan Africa is EASSy (East African Submarine System), a 10,000 km, 4.72Tbps, fibre-optic submarine cable with landing stations along the coastline from South Africa to Port Sudan and excellent onward international connectivity to Europe and the rest of the world.
Since it went live in July 2010, the EASSy system has proved extremely popular with national and international carriers, telcos and ISPs. Recent technological advances have resulted in the EASSy system’s ultimate capacity being increased to 4.72Tbps, which represents more than 70 per cent of all the international fibre-optic capacity available on Africa’s east coast (the international capacities of the alternatives, TEAMS and Seacom, are 1.2 and 0.6 Tbps respectively). The currently-available capacity of the EASSy system will be more than doubled by the end of the year, driven by faster-than-expected uptake of capacity.
These latest capacity increases will make it easier for purchasers of connectivity to and from Africa to continue to meet the growing needs of domestic and international clients.
Connectivity for the rest of Africa is also improving:
· The West Africa Cable System (WACS) is under construction and when complete will provide faster, more reliable and cost-effective global connectivity between southern and western Africa and Europe
· The Europe India Gateway (EIG) will enable the completion of a ring around Africa by linking EASSy and WACS through the Red Sea and Mediterranean Sea. The system is partially live now, with its route across Egypt expected to be live before year-end
· Further investments are also being proposed, with deployments planned over the next two years

Terrestrial connectivity
Recent research (Hamilton Research Ltd, 2010) reveals that the operational terrestrial transmission network in Africa increased by 26 per cent (to 585,471 km) in the 12 months to July 2010. This growth is set to continue, with well over 150,000 km of further fibre currently either already under construction (45,391 km), planned (83,406 km) or proposed (28,629 km).
WIOCC’s shareholders – 14 telcos from across Africa – are major contributors to this terrestrial expansion, rolling out and interconnecting high-capacity, fibre-optic backhaul networks that are extending the reach of EASSy from its coastal landing stations to business locations throughout eastern and southern Africa. They are also deploying 3G and other high-speed wireless and fixed line technologies to extend high-performance connectivity to end-users.

One-stop shop solution
As a result, it is now possible for African and international carriers wishing to connect customer sites and remote users in Africa with the rest of the world to obtain a simple, one-stop shop solution from WIOCC,   the largest shareholder in the EASSy - the highest-capacity submarine cable serving sub-Saharan Africa.
WIOCC also offers African Internet Service Providers (ISPs) a cost-effective, high-performance internet IP transit service, which is leading to improvements in the cost and performance of internet services across the region.
The case for businesses, telcos and ISPs to invest in Africa and be a part of the continent’s economic awakening can surely never have been stronger.