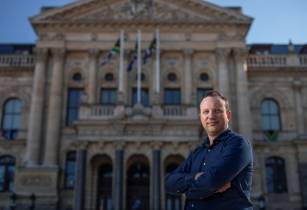 News24 has been named as South Africa’s most trusted news source for the fourth consecutive year, according to the 2022 Digital News Report by the Reuters Institute for the Study of Journalism at the University of Oxford

The annual report surveyed 93,432 people in 46 countries and ranked South Africa second overall in terms of trust in media. It found that between 2019 and 2022, trust in media grew from 49% to 61% in the country.

Of the people surveyed in Africa, the report found that 61% of South Africans trusted most news, most of the time. This was compared to 58% in Nigeria and 57% in Kenya.

In terms of growth, the report found that City Press, Sowetan and Daily Sun had grown by as much as 6% points in 2022.

The report found that South African news publications were increasingly emphasising the importance of trust as part of their journalistic brand value.

This move followed News24’s introduction of a subscription service for its premium investigative journalism, opinion and analysis in August 2020. In the 18 months after the launch, News24 managed to convert 50,000 readers to paying subscribers.

In its global analysis of the 46 countries surveyed, the Reuters Institute found that much of the public was either turning away from important stories or selectively avoiding them. This included stories about the pandemic, the Russia/Ukraine war as well as the cost-of-living crisis. It also found that there was a general decline in trust and an overall declining interest in the news, although South Africa bucked the trend.