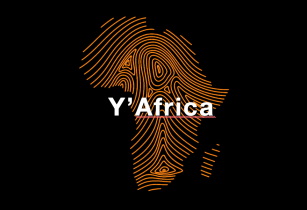 Orange is launching season 2 of “Y’Africa,” a contraction of “Africa Ya lelo” or “Africa today” in Lingala, is a TV series which puts emerging artists in the spotlight

Each episode presents a portrait of three artists who tell their story through their work, while acting as a guide to the cities where they live.

The programme aims to offer African culture, in all its forms, an opportunity to shine and to strengthen the local presence of the Orange brand in Africa.

The season one highlighted the diversity of African talent and revealed the journeys of 39 artists from 10 different countries through thirteen episodes (each 26-minutes long). The documentary series was broadcast in 2020 on television channels in fifteen African countries.

The season two of “Y’Africa” will be made up of eight new episodes (each 26-minutes long) presenting 24 artists from eight different countries including Botswana, Côte d’Ivoire, Guinea-Bissau, Liberia, Morocco, Senegal, Sierra Leone and Tunisia.

The executive producer will once again be Fame Productions, and it will be directed by Dan Assayag. The concept remains the same: a dive into the journey of each artist who, through their portrait, also acts a guide to their city.

It is due to be broadcast in the same fifteen countries from fall 2021. The season two of “Y’Africa” will also receive a special broadcast on the Orange YouTube Channel. Additional exclusive content (long sequences, making-of, podcasts, etc.) will also be available online.

Béatrice Mandine, executive director of communications, engagement and brand, said, “This original concept proved its value through the quality of its content, a wide choice of artists and the emotions it inspired in viewers. Building on the very positive feedback we received, we are pressing ahead and are starting shooting for season 2.”

Alioune Ndiaye, CEO of Orange Africa and the Middle East, continued, “The first season of Y’Africa was a great success. This audiovisual program showcases the richness of cultures and the creativity of African youth. The season 2 will enable us to discover new talented artists, I am looking forward to listening their testimonies.”