SIDA-funded project to boost technology and innovation in Tanzania 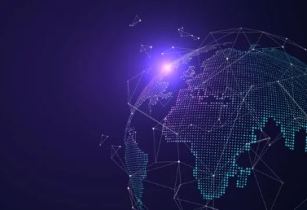 On 5 July 2021, the project Strengthening STI Systems for Sustainable Development in Africa got underway in Dar es Salaam, Tanzania.

The project was launched at a multi-stakeholder consultation meeting, attended by about 50 participants representing government ministries and policy-making bodies, research and ethics regulatory bodies, the private sector and local communities.

The project is supporting Tanzania in its efforts to strengthen its national innovation systems in line with the recommendation on science and scientific researchers, a landmark international accord adopted by UNESCO’s 195 member states in November 2017.

At the meeting, participants were invited to exchange ideas on the recommendation on science and scientific researchers and the implementation of its 10 key areas. The recommendation sets common standards and norms for the research systems, with provisions that address human rights, scientific freedom, ethics and integrity and knowledge circulation, among other things.

Two TV networks, ITV and TBC, included coverage of the launch ceremony in their news broadcasts. Tanzania is one of six pilot countries taking part in the project, alongside Congo, Ghana, Namibia, Sierra-Leone and Zimbabwe.