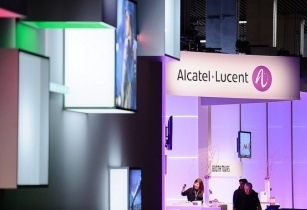 With the addition of YooMee Africa to its client base, Alcatel-Lucent has expanded further its support for the movement towards adoption of new technologies and enhanced access to communications services in Africa

There are now 10 rollouts based on long-term evolution (LTE) technologies contracted in Africa ­– seven of which are with LTE-only, data-focused operators. The pricing strategies here differ from typical 3G models of the past, with go-to-market strategies being based on more availability of product – although competitively over cost is expected to be a stronger factor as markets mature further and more enterprises seek custom from data usage.

YooMee Africa, previously known as 4G Africa, has looked for true interaction with its subscribers, since its first network roll-out in Cameroon; it aims to bring Internet to the masses, to all classes of society, regardless of income levels and relative affluence. Its plans for network expansion are presently centred on urban deployments across West Africa – including Côte d’Ivoire and Angola.

It prefers not to pay for licences, but to invest in technologies to support network roll-out for enhanced access to communications services. It works where penetration is low, and where infrastructure is minimal. Initially, it worked with WiMAX deployments, based on practicality. Now, it has adopted LTE-TD as the way forward, in terms of cost, efficiency and reach. Its partner of choice is Alcatel-Lucent, and this choice is based on Alcatel-Lucent's record across the world, not just in Africa.

Surfline has been around for two years. It chose Alcatel-Lucent to deploy LTE in Ghana because it wanted to be sure that it could reliably support data network operation in a country where, historically, telco infrastructure has been slow and unreliable. Again, Alcatel-Lucent was chosen on the basis of its record elsewhere.

LTE comes to market in Ghana, with Surfline, in the first quarter of 2014, to give the opportunity for West African businesses to operate effectively, nationally and internationally, and to help consumers gain the truly connected experience enjoyed in Europe and America.

Smile seeks continually to expand its network out of Tanzania and Uganda – and next into Nigeria. Smile is very interested, too, in South Africa - if the 800MhZ frequency is available, and the country's regulator, the Independent Communications Authority of South Africa (ICASA), delivers on a practical regulatory framework.

In East Africa, it is moving through phased deployments, with the promise of a superior voice and data network operation realised through 2014. It expects that – as has happened in North America and in Europe – that data usage will treble as LTE reach continues to grow and LTE adoption increasingly becomes the norm.

A commitment to cheaper connectivity

Alcatel-Lucent now has four years of serious commercial experience in LTE, and is keen to see not only serious progression, but effective convergence with commercial, industrial operations, as well as improvements among the consumer subscriber base. It demonstrates strong support for African enterprise, backed by its experience of deployment on other continents.

Key to continued subscriber adoption, of course, is adoption of compatible devices. Both Alcatel-Lucent and its customers are monitoring and encouraging volume uptake and price-sensitive business models – even with the typical African pre-paid scenarios, where the subsidising of handsets is impractical for operators. Alcatel-Lucent also expects to see, and to support, increased use of tablets ­– and more affordable, more capable, tablets at that.

There are two pressures in the market for devices. Chipset prices are falling, and volumes are rising. Smile is selling devices at cost, which must be understood to help adoption immeasurably. It does not want to make money from devices; it seeks to make money through device usage.