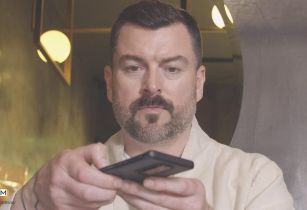 Produced by premium technology brand TECNO Mobile, a series of impactful films have been released to celebrate the launch of Phantom and its flagship handset PHANTOM X, to highlight the creativity achieved through bold technology; PHANTOM BRAND FILM With creativity and excellence at its core, PHANTOM has worked with three artistic creators to spotlight PHANTOM’s brand spirit of rejecting the ordinary in everyday life, these include Eoin Dillon, founder of fashion label Reuben Avenue, plus artist Alexander James and model / designer Lucy Evans; PHANTOM X PRODUCT FILM A second film has also been released, focusing on the key product USPs in stunning detail; PHANTOM EXECUTIVE SPEECH TECNO’s general manager Stephen HA summarises PHANTOM’s mission and values in a third film, an engaging executive speech shot amidst a stunning visual landscape.

TECNO Mobile has released a series of three films to celebrate the launch of PHANTOM, taking viewers a journey into the bold and extraordinary nature of PHANTOM brand. Stephen Ha, General Manager at TECNO, said, “Stopping at nothing to push the boundaries of mobile phone design is in our DNA; it’s in everything we do, it is fundamental.”

Eoin Dillon, founder of luxury loungewear brand Reuben Avenue, embodies this spirit. He said, “The PHANTOM X is a phone that allows me to create but also to stay in touch with people. The images are incredible, the videos are incredible, so what I do is I’ll take pictures and upload them and then I can get an idea of colours, tones, shadows, shapes, silhouettes and because of the usability I can create them and change them over and over.”