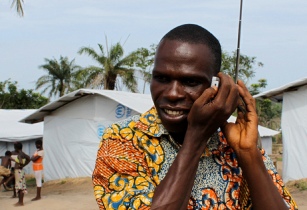 The France-based radio operator provides users with free access to over 20,000 radio stations and shows.

Sèbastien Crozier, CEO of Orange Horizons, said, “Orange is excited about the launch of the radio app in South Africa, as it is a key market for Orange in terms of the development and growth of our brand. The aim is to include as many high-quality, local radio stations as possible.”

The radio catalogue also features more than 5,000 podcasts sorted by continent, country and genres. App users can search for their favourite radio stations and download their favourite tracks.

An executive from Orange noted, “The app provides constant and free access to the radio station of your choice via a bandwidth, 3G, 4G or Wifi connection, regardless of your position on the map.”

The company is also planning to integrate new local radio stations and podcasts into the app, revealed the executive.

“The way in which the world is accessing digital content — whether it is video, music or even radio — is changing. Consumers are looking for easy access to personalised content on demand,” added Crozier.