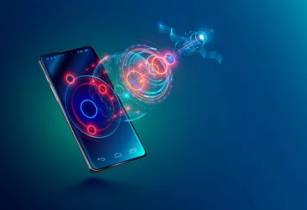 “BICS firmly believes that connected communities are stronger communities,” said Mikael Schachne, vice-president, Telco Market at BICS. “With Lynk, we recognised the chance to create something very meaningful and special for our Mobile Network Operators’ partners and their subscribers. This partnership is about building bridges so that more people can connect to and benefit from a connected society than ever before.”

Currently, around 6% of the world’s population lives within the “digital divide”. This means around 450 million people are locked out of digital communications – excluded from all the educational, social and economic advantages that a connected world can offer. Despite advancements, many remote areas still remain largely unconnected because of the costs associated with building and maintaining land-based cell towers. Lynk’s groundbreaking ‘cell tower in space’ technology fixes that by providing a satellite-direct-to-mobile-phone service. By partnering with MNOs, BICS and Lynk aim to connect people who have, until now, lived completely off the grid, otherwise known as 0G.

BICS, the leading provider of mobile data services globally, will leverage its network to pair Lynk’s satellite constellation and the world’s mobile operators. Lynk’s technology allows standard roaming partner integration without any hardware or software changes to the mobile operators’ networks, bringing coverage to remote areas, islands, and even offshore.

“Mobile service is taken for granted by so many people who live in cities and suburbs, but we need to remember that billions of people still experience extended periods of disconnectivity, and hundreds of millions live without any connectivity,” noted Charles Miller, CEO and co-founder at Lynk. “Being left out of the digital world creates barriers to economic growth and social improvement, trapping hundreds of millions in the deepest poverty. It also eliminates access to basic emergency services, making life more dangerous. Our partnership with BICS will allow MNOs to affordably expand their coverage and connect more people, saving lives and accelerating economic development for those living in the remotest parts of the world,” Miller continued.