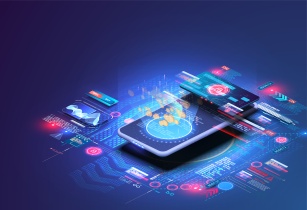 Following a series of acquisitions and investments in African fintechs, including acquisition of Baxi, the MFS Africa is expanding its horizon via fundraising

The largest digital payments network of Africa has raised US$100mn through an equity and debt financing round. MFS Africa’s vision is to make borders matter less, which it enables through interoperability across payments schemes, borders and currencies. Over the last year, MFS Africa has accelerated its expansion efforts across Africa. The company has opened new offices in Abidjan, Kampala, Kinshasa, Nairobi and Lagos, in addition to establishing London as its new headquarters. MFS Africa recently signed an agreement to acquire Baxi, a leading super-agent in Nigeria, and plans to build Baxi into a key node, allowing regional payments into and from Nigeria.

The new investor, AfricInvest FIVE, is one of the most experienced private equity investors in the continent and co-led the round with existing investors Goodwell Investments and LUN Partners Group. CommerzVentures, Allan Gray Ventures, Endeavor Catalyst and Endeavor Harvest also joined the round as new investors, while ShoreCap III returned as an existing investor with other funds. Providers of debt financing included Lendable and Norsad.

The pan-African investment platform, AfricInvest, has in-depth expertise in the African financial sector and a significant footprint across the continent, having made more than 180 investments across more than 25 markets. It provides MFS Africa with access to the considerable expertise of its African growth strategy and its advocacy efforts around the inclusion of less developed but high potential markets.

In 2010, MFS Africa forecast that mobile money wallets would be the most dominant digital wallet in Africa. Today, its hub connects over 320 million mobile money wallets. Through its network of over 180 mobile money schemes, banks, money transfer operators, and over 250 global enterprises, millions of Africans can exchange value with each other and the world.