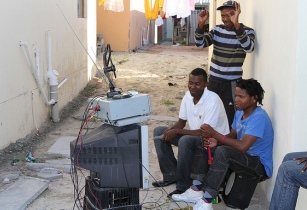 Dataxis has released data showing that the total pay-TV subscriptions across Africa amounted to 15.9mn subscribers as of Q2 2015

According to the latest research from Dataxis, this was an increase of 18 per cent over the 13.4mn pay-TV subscribers recorded in the same period last year. DTH is still the dominant platform across the region, with 12.6mn subscribers at the end of June 2015, an increase of 17 per cent over 10.8mn at the end of Q2 2014. However, the overall market share of DTH fell slightly from 80 per cent to 79 per cent during the quarter, and its share of actual growth was down to 74 per cent.

The spot for the fastest growing platform was taken by DTT, up 31 per cent from 1.7mn to 2.2mn and increasing its overall market share from 13 per cent in Q2 2014 to 14 per cent Q2 2015. About 22 per cent of all new subscriptions during the period were to the DTT platform.

Looking ahead, Dataxis forecasts 27.14mn pay-TV subscribers at the end of 2018, with DTH accounting for 68 per cent of the total. DTT is expected to have 26 per cent share, IPTV three per cent, MMDS two per cent and cable just the remaining one per cent.