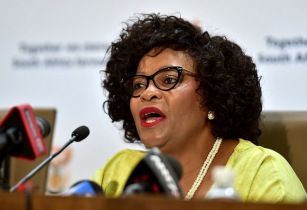 Minister of communications in South Africa, Nomvula Mokonyane, has appointed the Broadcasting Digital Migration (BDM) Advisory Council to advise her on matters pertaining to DTT project

The appointment of the council follows the earlier announcement of Aldred Dreyer as the project director for the DTT Programme Management Office (PMO).

The council will, in collaboration with the PMO, advise the minister on the analogue-switch-over Plan, including the countdown to the Free State Province switch-off by December 2018 as announced last month and measures to accelerate the uptake of DTT by the citizens.

The details of the revised model shall be released after consultation with Cabinet, including the date for Analogue Switch-Off (ASO). Mokonyane has consulted widely within and outside of government on the best possible delivery model for the broadcasting digital migration.

In the next coming weeks, the minister will table the delivery model before the cabinet, prior to making it public. r Mokonyane has in various platforms expressed the urgency which is needed to ensure a complete switch-over from analogue to digital and the appointment of this Council will contribute towards meeting this objective, in a manner that is manageable, collaborative and ensure the sharing of resources between government and industry.

According to the Minister, the non-inclusion of other stakeholders on the council does not exclude them from the process. They will be able to participate in the council’s working groups and streams, where they can make a valuable contribution.