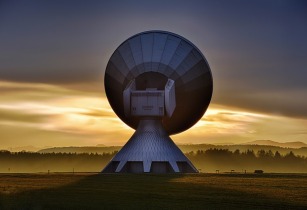 The new contact signed at IBC in Amsterdam aims to reinforce the longstanding relationship between MultiChoice Africa and Eutelsat and further anchor 36 degrees East as a premier location for digital video entertainment services in Africa.

MultiChoice broadcasts the DSTV pay-TV platform over the Eutelsat 36 degrees East neighbourhood that provides reach of the 38 countries in sub-Saharan Africa. The new contract for one transponder is expected to further enhance digital video entertainment services in Africa.

The new agreement will complement the recent launch of Intelsat 36 for MultiChoice to extend high definition channels throughout the African region. Eutelsat emphasised that the contract further anchors its cluster of high-power satellites at 36° East as a point of reference for broadcasting in sub-Saharan Africa.

Commenting on the development, MultiChoice Africa CEO Tim Jacobs said, “Thanks to the additional capacity booked with Eutelsat we will be able to accelerate our services and live up to our brand promise of delivering a great customer experience through providing the best possible video entertainment service in Africa marked by quality and choice.”

Describing the significance of the deal Rodney Benn, Vice President of International Key Accounts for Eutelsat in English West Africa said, “Terrestrial infrastructure has its limits when it comes to covering a continent which is 30mn sq km and where 50 per cent of the population lives in rural areas. This creates significant opportunities for satellites that deliver seamless coverage across large geographic areas for broadcast and broadband services that leave no one beyond the benefits of digital. Africa’s ongoing move to a fully digital broadcasting environment is one of the key technology transformations underway across the continent. With half of our satellite fleet covering this continent, we are fully engaged in supporting digital switchover for viewers across the continent.”