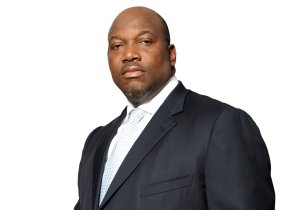 In Nigeria, Channels has had remarkable success. The station has won the “Best Television Station of the Year” award category at the Nigerian Media Merit Award Trust no fewer than nine times in the last 14 years. It was the first Nigerian broadcaster to be nominated for an international Emmy award (iEmmy) in the Unicef special award category, and was rated the most “reliable and trusted” source of information in Nigeria by the BBC-Reuters 2006 survey.

This success has led Channels to expand outside Nigeria. In April, the station began broadcasting in the UK via Sky Channel 575, in the news genre. And in early July, it announced a tie up with Deutsche Welle (DW) that will complement DW new English service and bring economic information from Europe to Nigeria and allow DW to cover African news in depth.

John Momoh told Communications Africa that from the outset, the mission was clear. They were determined that the TV station should provide an independent alternative to Nigeria’s government-controlled broadcasters, and hold public officers to account.

To perform this mission, the station focused its more than 325 staff into newsgathering. Channel’s flagship News at Ten is the most popular news programme in Nigeria. But news is only a part of the channel’s offerings. Channels also has lifestyle, sports and discussion programmes. “We also report on society events, and this has been a big hit,” Momoh says.

The Channels team hopes that all their broadcasts are a hit with the UK audience. The massive Nigerian diaspora – estimated to be two million strong by the Central Association of Nigerians in the United Kingdom (CANUK) – should form a strong viewing base. However, Momoh says Channels’ objectives are broader than just serving the Nigerian diaspora.

“We are aiming to attract the African diaspora in general,” he says, “and to provide a different perspective to news and current affairs about the continent to European viewers.”
He acknowledges that it will be important to keep production standards high in order to compete with the established channels in the UK.

“Keeping production standards high is a continuous business, and we have already moved onto high definition transmission,” he says. “In production, sometimes you don’t get it 100 per cent correct. It’s not foolproof, but we are trying hard to keep production values as high as possible.

“I think to a large extent it’s now acceptable but we will keep on upping the ante to make sure that we have a fantastic broadcast product.”