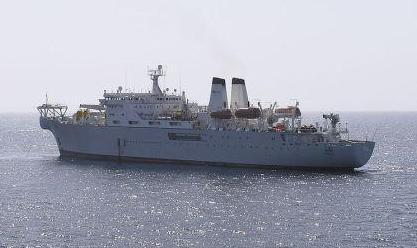 A fire broke out on a France Telecom-Orange cable ship, the Chamarel, off the coast of Namibia on 8 August 2012

The incident occurred when the ship, with 56 crew members onboard, was returning from a repair operation on the Sat3-Safe cable.

The company ordered the evacuation of the ship at 8pm local time with no loss to life reported after all crew members were safely ferried to the Namibian port of Walvis Bay by a fishing vessel.

The cause of the fire has yet to be ascertained, but the group had been working with Namibian authorities to ensure minimum environmental impact
during the recovery operation.

This incident will have no immediate impact on submarine cables in the area, which will continue to function normally, the French company confirmed.

Thierry Bonhomme, senior executive vice president in charge of networks, carriers and R&D at France Telecom-Orange, said, “I would like to express my sincere thanks to the crew members for their courage in managing the situation.

“The safety of our crew is our primary concern and we will look closely at the results of the investigation. I am also grateful for the support provided by the Namibian authorities.”

The group, which has six cable ships, has said it would now take all appropriate measures to manage maintenance operations scheduled for the coming days.