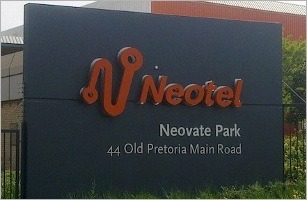 A group of 24 students from Neotel’s Telecommunications Academy at Neovate Park in Midrand has graduated.

This is the third set of graduates to emerge from the academy. At a keynote address celebrating the graduates’ achievement, the Chairperson of the Independent Communications Authority of South Africa, Dr Stephen Mncube, spoke of the shortage of telecommunications skills in South Africa, and, of the disjuncture that exists between what industry delivers and what is needed in terms of skills development.

It is for this reason, as Dr Stephen Mncube acknowledged, that Neotel launched a pilot training programme for 10 young people in February 2007. Following the success of the pilot project, the Academy was launched in March 2008. To date, 67 students have graduated from the programme of which 57 are employed by Neotel and the remaining 10 are employed elsewhere in the industry or furthering their studies. The graduates received a Certificate in IT Systems Support that is ISETT SETA accredited and SAQA approved and comprises both theoretical and practical components. To enter the programme, learners are required to have completed formal studies in basic electronic engineering at levels S4 or N6.

Neotel MD and CEO, Ajay Pandey says, “The philosophy of the Academy is to empower learners through applied knowledge, so that they are able to perform and become productive immediately when entering the workplace.” Neotel’s plans for the Academy include the introduction of an Entrepreneurial Skills Programme for learners and entrepreneurs who don’t necessarily want to enter the corporate world but require training.

“Our aim is to develop telecommunications professionals who are technically competent and armed with the requisite business management skills to contribute to the growth of the sector. As a sustainable and growing initiative, we are confident that the Neotel Academy will make a meaningful contribution towards accelerating access to new technologies as well as positioning Neotel as a preferred employer,” says Pandey.