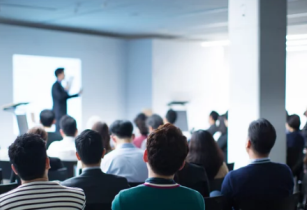 For African tech startups, finding investors means getting into the spaces where venture capitalists gather.

Seven companies received exactly that, by attending two of the world’s biggest tech events: Web Summit in Lisbon, and Slush in Helsinki.

Through ITC’s #FastTrackTech Africa project, powered by the Switch ON initiative, Lupiya and Zambian food delivery platform AfriOnline each had a booth for a day.

“We’re now talking to three technology partners,” Kaingu said. “These are partners we can leverage to continue building our platform. We’re also talking with an internationalisation partner to register a holding company in the US, which would give us better access to capital.”

Visions for how to scale

In Helsinki, NTF V and #FastTrackTech sent five companies to network among the 12,000 attendees that gathered during Slush, which has established its reputation on its high investor/startup founder ratio and its focus on being an event “by founders for founders”. Souleymane Gning represented Senegalese online insurance company Assuraf. Abdoulaye Maiga went to pitch his ride-hailing app Teliman, which lets users find motorcycle taxis and Tigabu Abriham showcased Eshi Express, an online delivery service in Ethiopia.

They all held meetings with other company founders, as well as potential partners and investors. For many of the African businesses, Slush opened a window on how to scale businesses that they had often bootstrapped with their own money to bring services that hadn’t previously existed in their countries.

Among the immediate takeaways that Maiga noted were meetings with third-party providers who could help manage costs for critical web services like Google Cloud or Amazon Web Services.

“For us, it was interesting just to see the different meetings and the different presentations, because it was very inspiring in terms of seeing what’s being done in the world,” he said. “It gave a vision of how to scale from being smaller to being bigger.”