How satellite can help achieve digital transformation in Africa: Es’hailSat 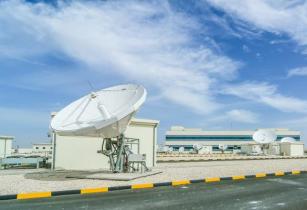 Spearheaded by the World Bank Group in complement to the Africa Union’s vision, the Digital Economy for Africa (DE4A) initiative has listed its digital infrastructure goal to achieve universal affordable and good quality broadband access in Africa by 2030.

In GSMA report on Closing the Coverage Gap 2019, sub-Saharan Africa has the highest percentage of population not covered by mobile broadband i.e. 31% as compared to global average of 10%. By separating urban and rural data, it reveals that up to 38% of the rural population in Africa have access only to 2G or no mobile coverage, referencing data from the International Telecommunication Union (ITU) in Measuring digital development: Facts and figures 2020.

Through deployment of VSAT communication via satellite, direct backhaul connectivity to mobile base station can be established without the need for terrestrial backhaul deployment. This offers savings in cost of deployment as well as time to deploy, as VSAT can be deployed rapidly within a short period of time.

Coupled with a hub and spoke architecture of VSAT, the data usage can be shared across all base stations within the data pool and this offers further cost savings in terms of unused or overprovisioned bandwidth. From the user experience perspective, Quality of Service (QoS) can be applied on the VSAT link to ensure comparable user experience with terrestrial connectivity.

Other than mobile backhaul, the VSAT technology can be coupled with other terrestrial access technologies such as WiFi, to create Rural WiFi community access which will increase internet penetration into rural areas. Satellites being an agnostic connectivity medium, will be the enabler for application deployment such as distance learning and remote healthcare to serve rural areas through servers hosted in teleports or designated data centres. For specific areas such as mining zones, point to point connectivity via satellite can be established to provide required connectivity to support operation and worker welfare need.

All the above can be made possible with satellite connectivity. With continued increase of satellite bandwidth supply and innovation in satellite technology such as adoption of High Throughput satellite design and movement towards Ka-band usage, satellite will play a pivotal role in enabling affordable broadband access to the rural community in Africa.