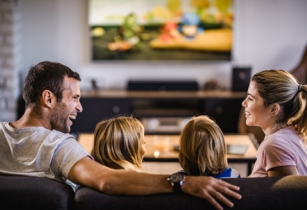 SES’s TV market research sheds light on several key trends behind the relevance of satellite broadcasting, including the transition from analogue to digital TV and the rise of HD broadcast. End consumers in Ghana and Nigeria are choosing satellite TV for its better value proposition and free-to-air offerings, rather than purchasing new hardware and switching to digital terrestrial TV.

“Broadcasters and TV platform operators need robust and reliable data before they make the decision to enter new markets. For more than 25 years, SES has been the only satellite-based solutions provider in the world to regularly and extensively monitor the industry in specific countries and identify key trends for our customers to help them succeed in their business and expand their reach,” said Ferdinand Kayser, CEO at SES Video.

“The results of our annual market research demonstrate that satellite continues to be the most optimal infrastructure to deliver high picture quality, and that despite changing consumption habits, people still strongly rely on linear TV and complement it with OTT content,” he added.