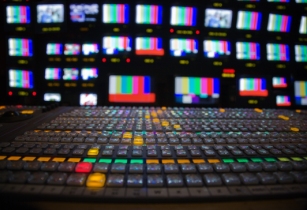 Currently, only about 36 per cent of programming is local content, which according to the regulator’s new conditions, excludes news and advertising.

“Within one year of the award of a broadcasting license, operators must ensure local content is above 40 per cent but must attain the 60 per cent threshold in four years,” said Leo Boruett, CA director of multimedia services at a recent press briefing in Nairobi.

The authority believes the new regulations will drive growth in the local film industry and create employment in the country.

Over the years, foreign soap operas and films have dominated local programming- mainly due to their better quality and low cost.

Shows from South America, India, Nigeria and the US are common place on local stations and are popular with viewers.

“Local content will help promote our artists to boost their incomes. It will also create jobs for our college-leaving youth,” said Ben Gituku, CA chairman.

Also under the new regulations, advertisements will be allocated 14 minutes per hour.

The country has more than 15 television stations but only about five dominate the viewership. Citizen TV, owned by Royal Media is the market leader, followed by the KTN, NTV, K24 and KBC respectively.