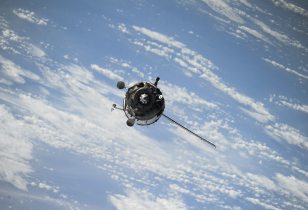 The class 12 terminal features speeds of up to 384kbps, support for BGAN (data and voice) and BGAN M2M (data) operations, and an integrated antenna and receiver, meaning only a rooftop unit is needed. Additionally, the EXPLORER 323 has an integrated WiFi Hotspot for setup, management and data access. Developed to integrate seamlessly with Cobham’s PRISM PTT+ offering, the EXPLORER 323 will enable telemetry and voice communications as well as other uses in remote rail operations, utilities, mining, aid and NGO operations, agriculture, public safety and emergency response.

With a dynamic auto-pointing correction the terminal maintains its connection even in windy conditions or when pushed or moved, optimising its connection constantly. The EXPLORER 6075LX also features a considerable reduction in weight versus the EXPLORER 5075GX for greater portability and will support high-bandwidth applications in broadcasting, resilience and field-office operation.

Mike Carter, president of Inmarsat Enterprise, commented, “With the EXPLORER 323 ideal for vehicular tracking and communications and the EXPLORER 6075 optimised for high-bandwidth operations, both terminals improve upon their predecessors and are set to make ultra-reliable connectivity easier to access in the remotest areas, wherever it is needed most.”